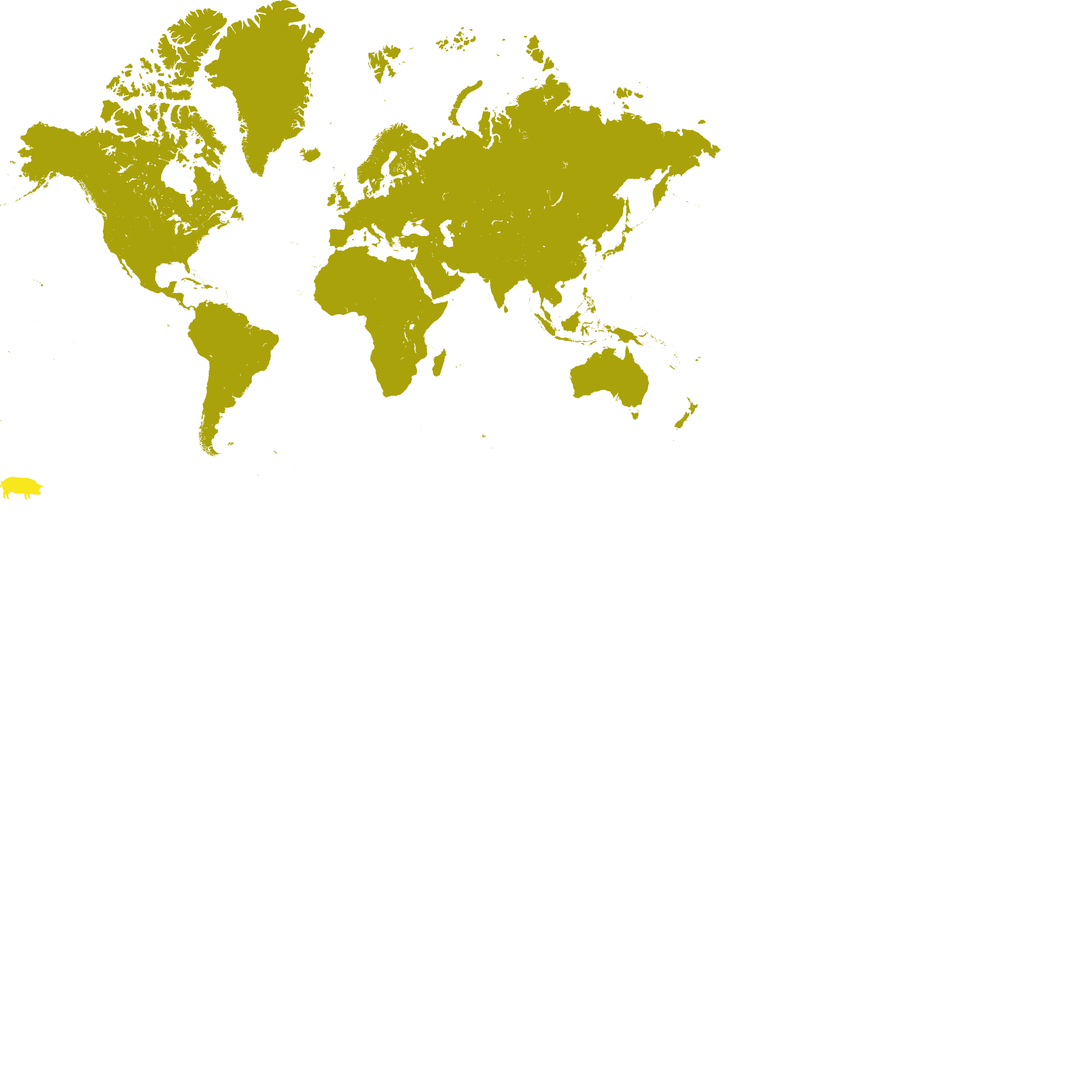 With utmost respect and profound “Admiración”, we fondly look back on the family legacy that Isidoro Blázquez and Teresa Martín began to forge in 1932, helped from an early age by their son Jacinto. For some, “the grandparents”, for the youngest, “the great-grandparents”, but for the entire Blázquez family, the genesis of a company that currently produces and distributes the finest ham and Iberian products all over the world. 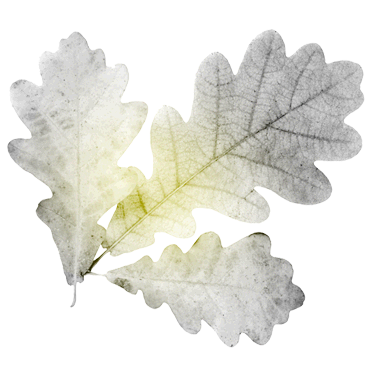 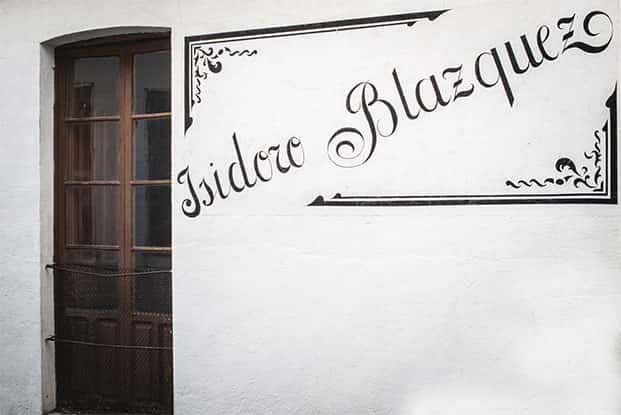 At the heart of the province of Avila, in a small village named Crespos, is the origin of this fascinating story of a young couple who decided to take a risk and begin the production of hams made from Iberian pigs. In their favour were their perfectionism, their tenacious attention to detail, their commitment to quality and the guarantee of a product that could satisfy the most demanding palates.

Individual and corporate clients soon rewarded the couple’s perfectionist attention to detail coupled with tradition and an innovative spirit with gradually increasing orders. Blázquez hams began to be the object of desire in more and more parts of Spain.

Expansion of the company was steadfastly managed from a very early age by their son Jacinto, in charge of selecting the Iberian pigs from Extremadura, whose criterion is still the basis of the superlative genetic characteristics of our livestock.

His effort and vision not only laid the foundations of the vast structure of lands that connect the magnificent dehesa pastures where our pigs graze on acorns, but also of the national distribution network for our products.

His children followed in his footsteps fully aware that opening up new markets would require an investment plan, modernisation, a larger team, infrastructure and installations. A process that has allowed us to multiply our capacity, reach 47 countries and become one of the most recognised brands in hams, shoulders, cured and fresh Iberian pork.

Today, the fourth generation of the Blázquez family is beginning to join the company, walking down the same corridors of a family history they are proud of, and keen to take even further. Always maintaining the essence of what previous generations have handed down: devoting body and soul to the creation of “Admiración”.

If our Iberian pigs are the essence of our products, and the craftsmanship of our business transmitted from generation to generation is the inspiration that shapes it, our installations and method are the backbone holding the structure together. That is why at Blázquez, we are constantly investing to situate ourselves in the vanguard of an industry where quality depends on supervision of each phase of the process. 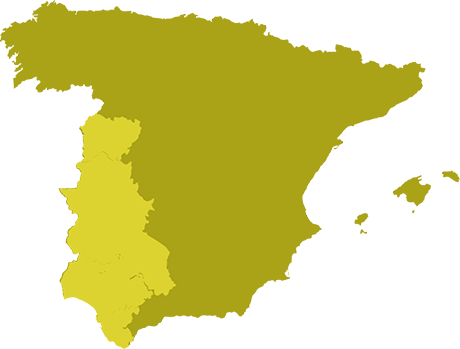 OUR DEHESA PASTURES AND INFRASTRUCTURE EXTEND FROM THE NORTH TO THE SOUTH OF SPAIN, AND PASS THROUGH SALAMANCA, AVILA, EXTREMADURA AND ANDALUSIA.

More than 30,000 hectares of dehesa pastures spread over Andalusia, Extremadura and Salamanca. Exceptional areas where our Iberian pigs mature free-range and feed on the best acorns in season. Here, the animals roam at will, and later become the origin of the hams, cured and fresh meats most sought-after by gourmets the world over. 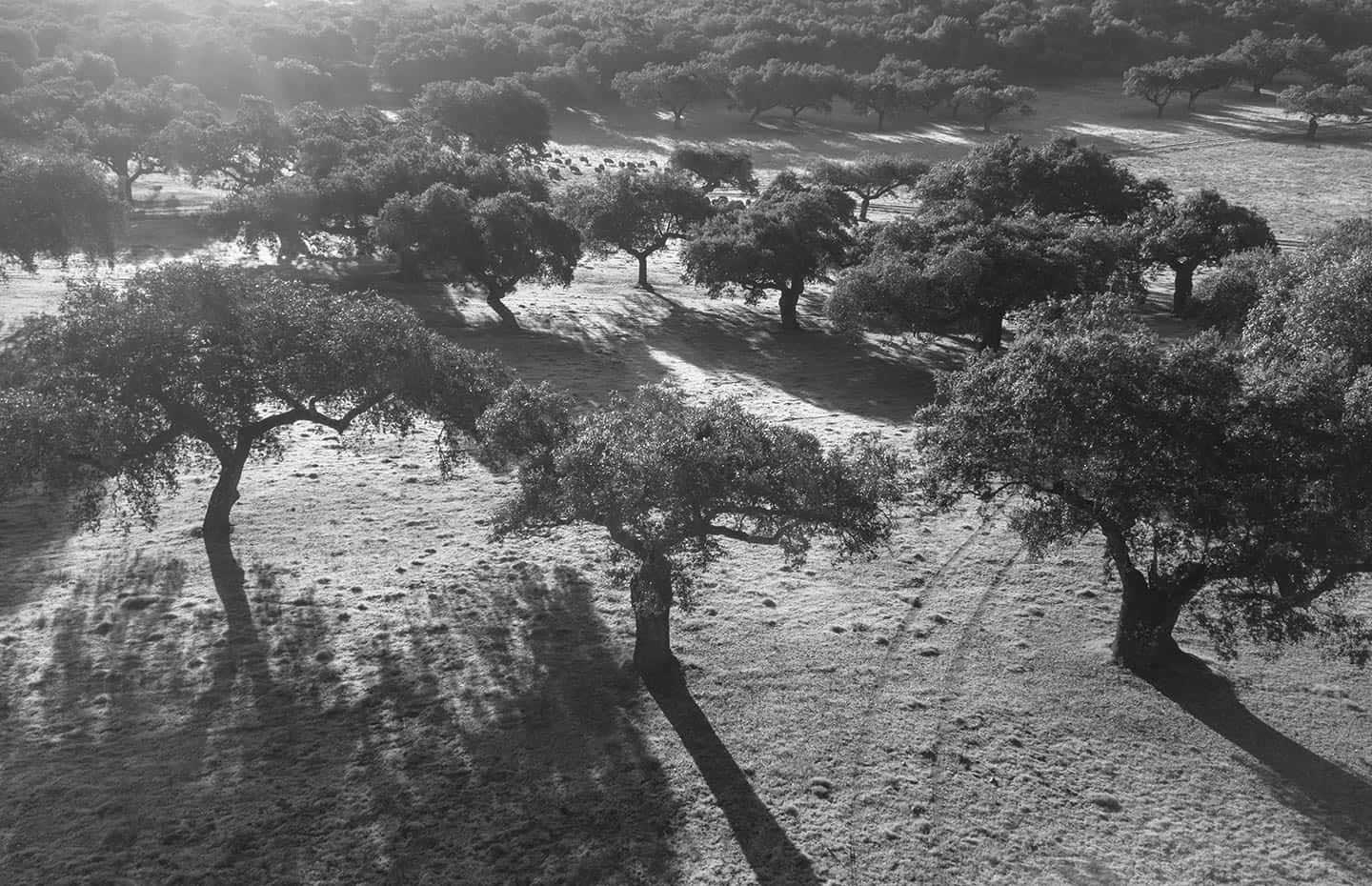 Our more than 30,000 square meters in strategically chosen dehesas, allow us to guarantee the most excellent feeding of our animals.

The starting point of the Blázquez ham story, today it has modern installations exclusively for a cutting room and for curing hams and shoulders. It preserves the romanticism and vitality of Isidoro and Teresa, our founders. 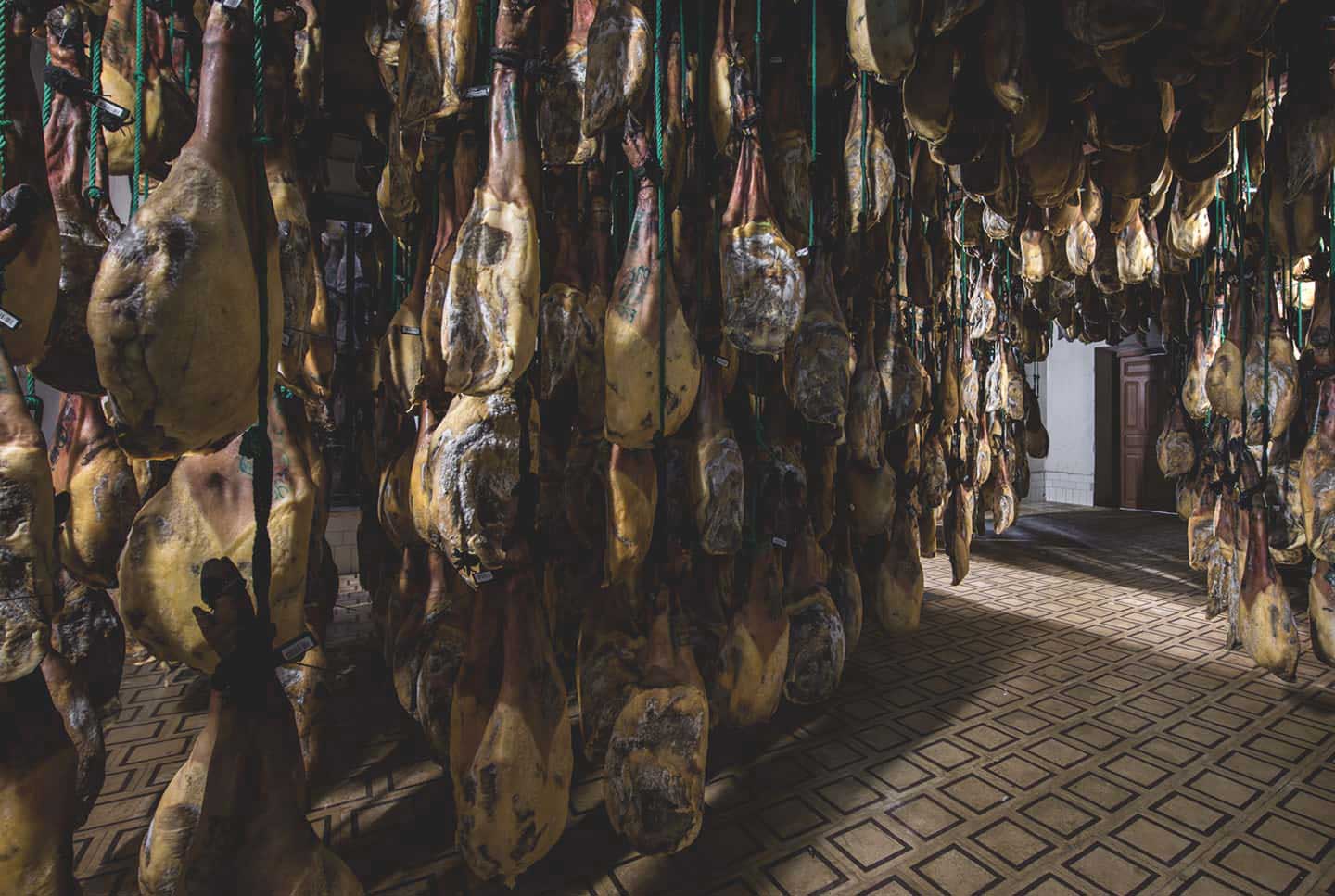 One of the characteristic historical rooms of Crespos. The origin of the company and of the traditional method that allows us to create one of the best hams in the world.

Designed as an integrated centre to control the entire process of preparation of hams and shoulders, with different rooms for cutting, salting and several for curing, which are also adapted for production of our cured meats. 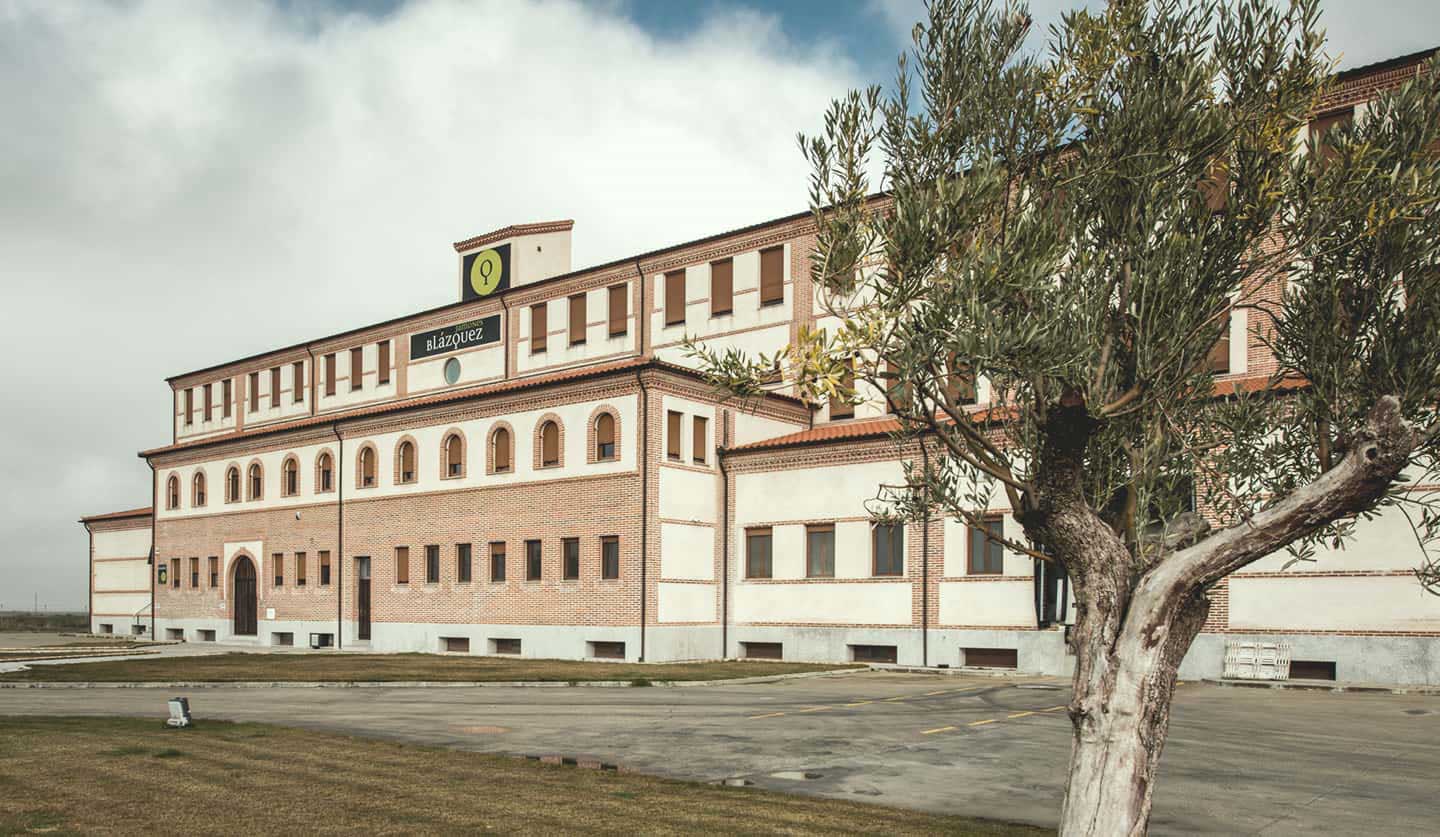 The front of our factory in Peñaranda de Bracamonte, considered the most important town in the northeast of Salamanca, about 40 km from Salamanca. 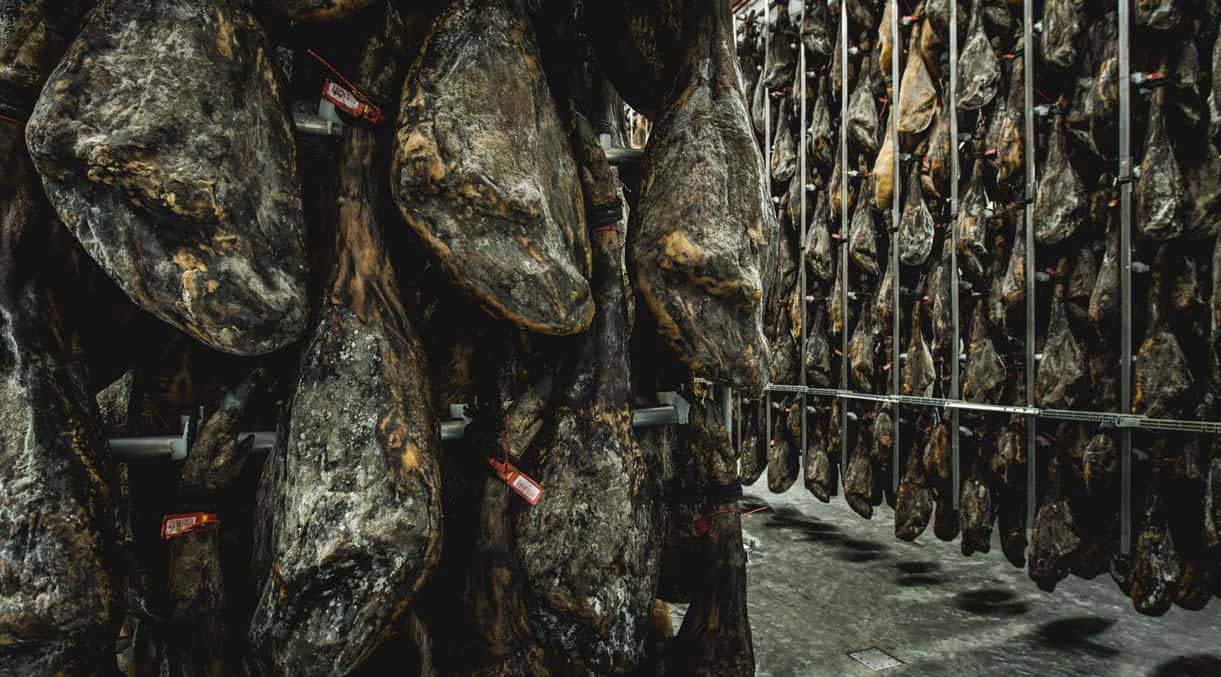 The centre has several salting and curing rooms that allow work at different temperatures, favoring a more precise and higher quality cure.

Our impressive installations at Guijuelo, a town with an international reputation among lovers of Iberian ham, allow us to control all phases of the curing, storage and shipping of our “Admiración” line of products under one roof. 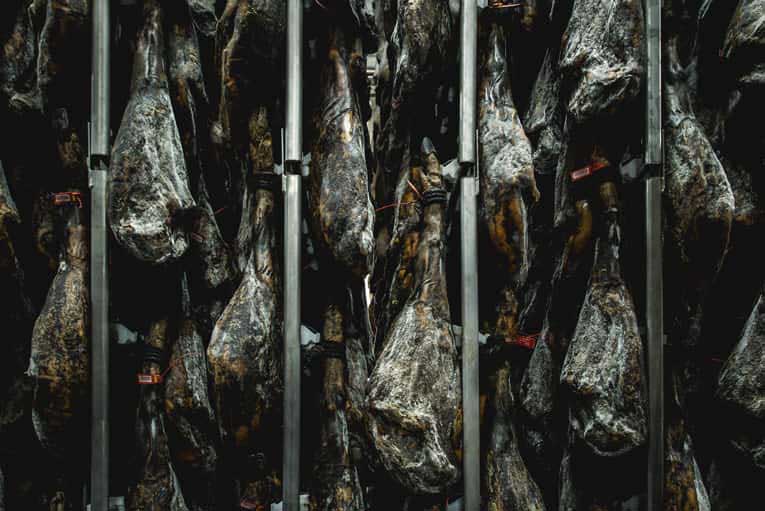 These facilities are home to curing sausage and processing fresh meat, two of Blázquez’s “Admiración” product lines. It was conceived as an innovative logistics centre devoted to storage and international distribution. 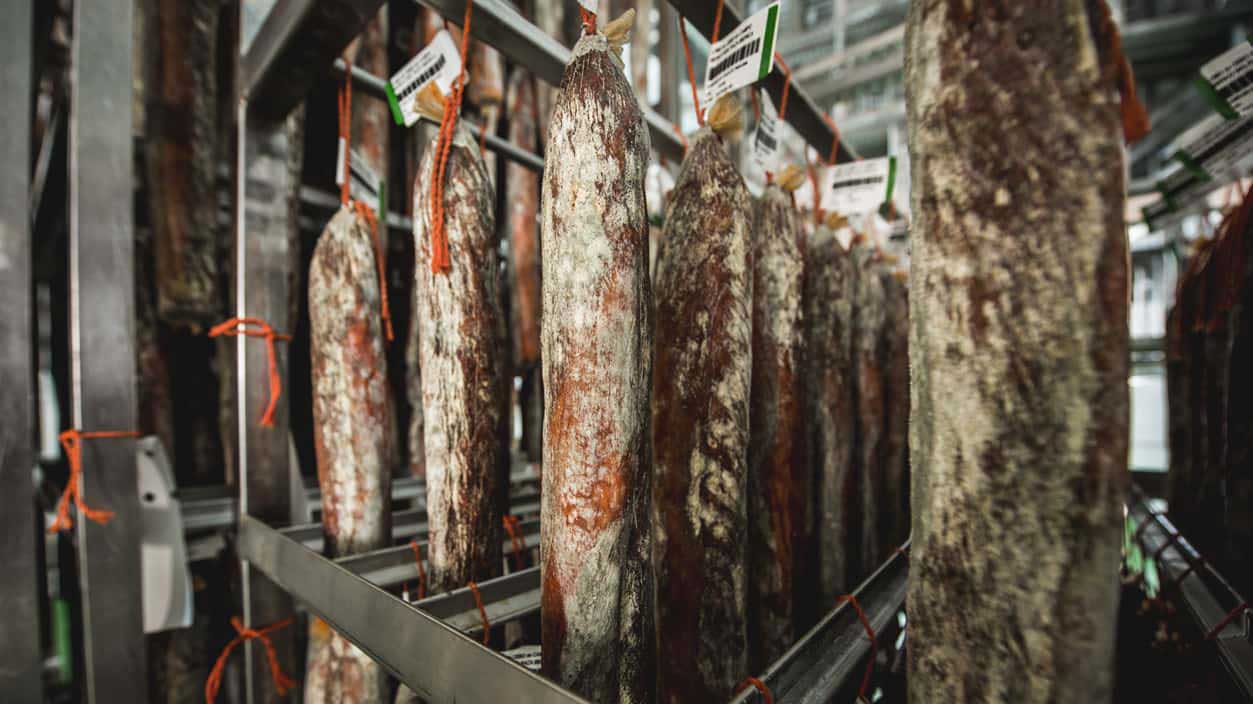 Pigsa has various areas for storage and curing of a large part of the meat and cured products that come from Blázquez's Iberian pigs.

Our central offices are in the historical town centre of Salamanca by its Plaza Mayor square. A completely renovated building to house the control centre that sends “Admiración” products all over the world. 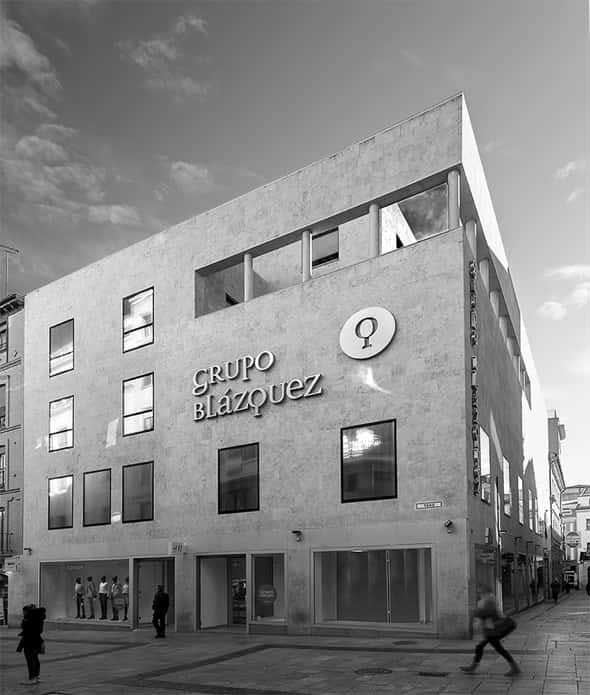